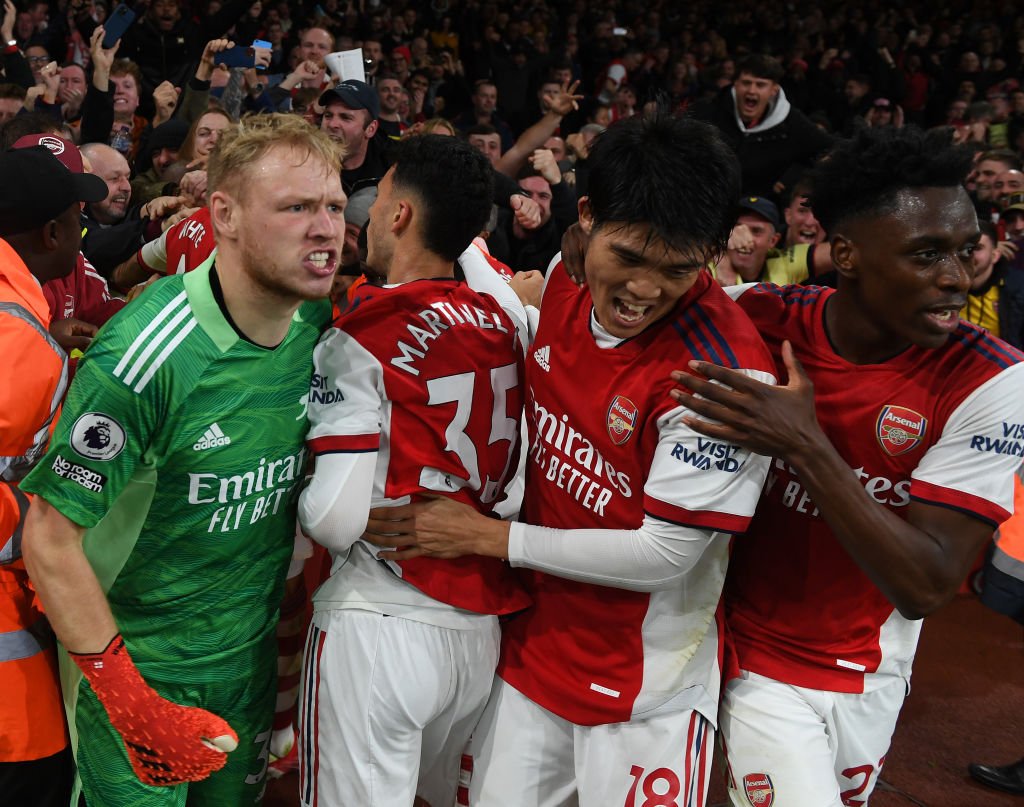 The Long Road Ahead

Earlier yesterday, I saw Arsenal being outclassed by a Manchester United side that fired
their manager, Ole Gunnar Solskjaer, a week earlier. Soon after Manchester United promoted
former player and then assistant coach Michael Carrick as caretaker manager and just a couple of
days ago, the club hired Ralf Rangnick, former manager and director of football of both RB
Salzburg (Austria) and RB Leipzig (Germany), to serve as their interim manager until the end of
the season and to serve a consultancy role till 2024. In fact, Rangnick was in attendance for the
match and by the looks of Manchester United and their style of play during the game he has a lot
of work to do. But for Arsenal, they have to pick things up.

Although Arsenal led the match in possession, passes, corners and shots, players kept
missing their chances, especially our attack. Our team captain Pierre Aubameyang missed many
chances and he looked really lost during that game. Not only that, our defense struggled
throughout the game and because of that, it led to both Bruno Fernandes and Cristiano Ronaldo
netting in 3 goals.

This season, Arsenal has no European Competition and in my opinion, this shouldn’t be
an excuse for the team to focus on winning both the League (Carabao) Cup and the FA Cup.
Now, there is a high chance that Arsenal might either be eliminated from either of these
competitions, but if the team somehow get knocked out from both competitions, I would
consider this season as a massive failure and I would call for Mikel Arteta to be relieved of his
duties and bring in a coach that can lead Arsenal back to its glory days. This is also the season
where Arsenal must get at least Top 6. As of now, analysts are projecting Arsenal to finish 5th in
the Premier League but by the looks of how they played against Manchester United and
Liverpool 2 weeks earlier, it looks like the team will finish between 8th to 10th place if they keep
playing the way they’re playing.

There are no excuses for losing games. Arsenal spent the most money during the Summer
Transfer Window than any other Premier League club, spending £142 million on players.
Spending this much money will divert the attention towards Mikel Arteta, who in fact personally
requested these particular players. It is the manager’s job to use these players and train them to
their full potential so they can give their 100% every game. Last season was Arteta’s first official
season as manager, as he got hired mid-season the year before, and finished 8th in the table with
18W, 7D, 13L. Starting the season 0-3 with losses to Brentford, Chelsea, and Manchester City,
many fans wanted Arteta out but after producing above average results, it seems as though the
buzz died down. But with yesterday’s loss to Manchester United at Old Trafford, it seems as
though the seat is starting to go warm below Mikel Arteta and their next 5 matches are against
Everton, Southampton, West Ham United, Leeds United, and a League Cup QF against 3rd
Division side Sunderland. If Arteta produces average to below average results against these
teams, I predict a massive storm will come upon the Emirates.

As a last say, Arsenal’s plan for the upcoming Winter Transfer Window is to sign a
striker. I disagree. Yes, both Aubameyang and Lacazette are not doing great this season but we
have backup options for the #9 like Gabriel Martinelli and Folarin Balogun, (According to
reports, Eddie Nketiah declined a contract expansion and reportedly told the club he wants to
leave in December).

As the halfway point is around the corner, Arsenal must start producing world-class
performances and winning crucial games if they want to qualify for either the Europa League or
the Champions League. Arsenal is currently standing 5th in the table and as a die-hard Arsenal
supporter, it will be a long season and I pray that we hang onto that Top 6 area and for the day
we will see Champions League glory and hopefully win the Premier League. That is all I have to
say.

Are you an Arsenal fan? Let us know in the comments.