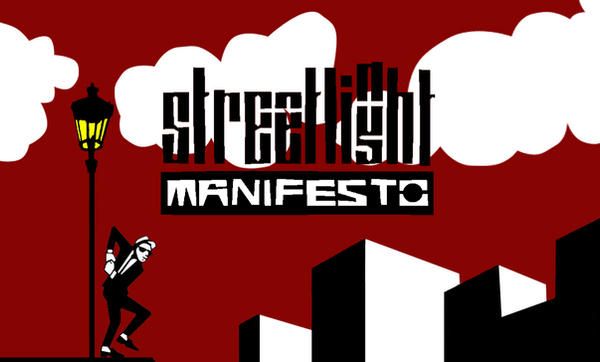 By Daniel Truong February 7, 2022 No Comments

Going to Streetlight Manifesto’s (almost) annual show in Boston has been a tradition for my friends and me for years, but last year, due to Covid, they weren’t able to make it out for any shows, and we missed them for the first time in a while. This fall, though, they made their triumphant return to the stage of the House of Blues for their first show in Boston in two years.

Streetlight operate somewhere in the realm of ska-punk, a fusion genre that brings together ska, a sound mixing reggae with jazz elements and introducing instruments like horns, with punk/hardcore. This leads to a fast and hard style, but with an upbeat vibe added from its reggae origins, and it really shows in how the band performs. Every time we see them, each member of the band looks like they’ve been waiting forever to get on stage (I guess they have this time lol) and need to let loose a metric ton of energy. Their lead singer, guitarist, and frontman, Toh-Kay, goes insane for the whole set, jumping around stage, interacting with the crowd and the rest of the band, and just being a silly guy. He’s not taking anything too seriously, but he’s also performing with a passion that feels like you could reach out and touch. The instrumentalists all do the same; they jump and dance when they’re not playing into their mics, and some sing with Toh-Kay for powerful gang vocals. But they are also professional musicians, and when they’re playing their parts together or ripping a solo, there’s a palpable focus from each of them, and even though they’re obviously having fun, they’re serious and technical when they play.

Not only is the band’s energy top notch, but they’re always able to project it to the crowd. The mosh pits on the general admission floor of the venue, right in front of the stage, are always the best I’ve ever been in. Like, they’re so good that we could feel the energy as we watched from the first mezzanine balcony, which was unfortunately where our tickets were located, but about a third of the way through the show we were able to sneak down to the floor by asking to go to the bathroom, and we immediately got in there. These pits are always my favorite; everyone in them just wants to go insane to some tunes like I do, but they’re also really nice about it. There’s still the usual shoving and elbowing (some punching) and circle pits and a healthy amount of skanking, but no one’s crowd killing or using unnecessary force. The second someone goes down, they get picked up. Someone needs to tie their shoe? A group opens a space around them. This was a welcome change after going to see Jeff Rosenstock in November, where the pit was a little more violent, but also a bit less forgiving and helpful, and while that isn’t anything close to what a bad pit looks like, the difference between that and the Streetlight pit is noticeable. It’s kinda crazy how a bunch of people who don’t know each other can let themselves go a little, but also help anyone who needs it without it ever being a spoken policy, and the Streetlight crowd is like this every year.

It’s been since I was in middle school since I’ve been an active listener of Streetlight on my own, but their live shows always make me go wild. They have that mysterious power, as both performers and musicians, to make me jump up like I’m seeing my favorite band in the world. Add that I was straight off the plane home, running on four hours of sleep, and had just waited for food at the Boston Cane’s with the homies for an hour, and you have the best Streetlight Manifesto show I’ve been to (yet).