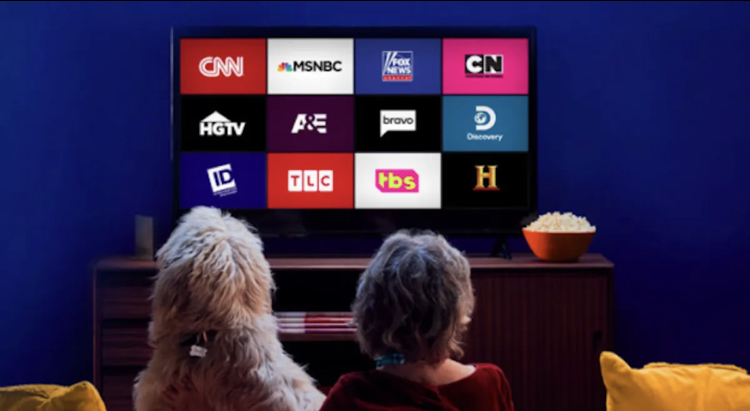 Shows I’ve Watched Over Quarantine (between March and Now)

Over the past months, I have had way too much time on my hands, as you can tell by this ridiculously long list of shows I have watched in that time. Here’s a review and a personal rating of each show I have watched since the pandemic hit:

Sister Sister – Still in the process of watching this one. Classic, easy to watch, light hearted, funny, nostalgic, 9/10.

The Office – I was late to The Office hype. I always spited it because everyone liked it so much but I get it now. Season 1-2 Jim and Pam have my heart. Last season is weird but everything in between is good, 8/10.

Crazy Ex-Girlfriend – Honestly a hidden gem of Netflix. This is shockingly a CW show but I loved it. It takes place in West Covina so it’s a plus if you know about the area. It is a musical dramedy series but the music is not taken seriously. For example, there are songs such as “I Have Friends”, which you have probably heard on TikTok, “Where’s The Bathroom”, and “Period Sex”. The main character Rebecca Bunch is hilarious and quirky and she’ll keep you watching for all 4 seasons. 10/10 recommend.

The Haunting of Bly Manor – Recommend if you want to cry. This series wasn’t as spooky as Haunting of Hill House, but there is a way better pay off and explanation of the plot. Some episodes drag but the finale is what really makes this show a 9/10.

Cake Boss – I’ve been watching Cake Boss since I was super young and recently, my love of baking shows has emerged again. I watched all of the episodes available on Hulu, 7.5/10.

The Next Great Baker – Thanks to Buddy Valastro of Cake Boss, TNGB was brought to us. This is the baking competition show where the winner gets a job with Buddy at Carlo’s Bakery and let me just say, these people are ruthless. There are 4 seasons on Hulu, season 3 is definitely the best, 9/10 super captivating.

The Good Place – This show took me probably 5 episodes to get into, but once I was brought in, I loved it. I started to really like the characters and then it takes a WILD twist that made my jaw drop. Worth the watch for sure, 8/10.

The Great British Baking Show – Classic of course. Yet again with my love of baking, I’ve learned so much about baking. I have watched all seasons on Netflix, other than the Christmas specials, and I’m in the process of watching the newest season but they’re only dropping one episode a week so it’s been slow. They are long episodes but very pleasant to watch, 9/10.

Community – LOVE! I tried watching one episode of this show like 2 years ago but little did I know the masterpiece it is. It uses so many different styles of TV and cinema, the narrative is crazy and creative, I can’t believe I didn’t watch it sooner. Highly recommended, def worth the watch, 10/10.

Avatar the Last Airbender – I am so glad this finally came to Netflix. I watched it a little bit when I was younger but never really understood the story. Great animation, great storytelling, great characters, 9/10.

Love on the Spectrum – This show was so heartwarming and insightful to the lives of those on the spectrum. Some parts are a little hard to watch because of awkwardness but overall, a very pleasant watch, 8/10.

Victorious – Who doesn’t love Victorious? I watched it all the way through because why not? Can’t go wrong, 9/10.

The Masked Singer – This got a lot of hype in the media so I caved in and watched a season of it. It’s pretty good content and fun to try to figure out who everyone is BUT the episodes do not need to be 45 minutes long. There’s a lot of unnecessary content used to fill the space, 6.5/10.

Lego Masters – Weird, I know, but actually really cool. It’s crazy seeing how creative people can be with Legos, 7/10.

Schitt’s Creek – The first few episodes, I hate all the characters but there is great character development throughout the show and I cried SO MUCH thanks to one specific couple. I was really sad when I finished. I wasn’t too too happy with the ending so I’m hoping there will be a movie, like the cast has hinted at, 10/10.

Dear White People – I’ve heard some hype over the show but never really knew what it was about. When I read the description that it was based around a college radio show, I immediately started watching. Of course, there’s way more to it than a radio show, but I’m really glad I watched it all. Great story and great characters, 9/10.

Queer Eye – I binged this show SO HARD. Quite a few episodes made me cry and I really wish they didn’t have to stop filming the next season (thx covid) because I am really craving more episodes, 10/10.

Sam and Cat – After I finished Victorious, and have recently watched all of Drake and Josh, I wanted to keep going on the Nick shows so I watched most of Sam and Cat. Not my favorite, but not too bad, 6/10

The Big Flower Fight – This show is basically The Great British Baking Show but with flowers and plants. These people are so amazingly talented and I learned a lot about plants while watching. Wish there was another season, 9/10.

Dead to Me – SO GOOD. I love Linda Cardallini and Christina Applegate together. So much drama, so much tea. Highly highly recommended, 10/10.

Love, Victor – I was iffy on it because some of the show is pretty tacky, but I love the representation in the show, especially because I never see many bi characters on TV. It was entertaining enough to keep me watching so 7/10.

American Horror Story, Hotel – I watched this when it came out but my boyfriend had never seen it so I rewatched it with him. Good story, lots of twists as usual. I do think it could’ve been shortened by an episode or two, 8/10.

Shows I Started but Never Finished

Bates Motel – Too much to keep track of, too many episodes.

Bob’s Burgers – Cute and funny, just too many episodes to finish. Big fan though.

The Legend of Korra – Had a hard time getting into it because it doesn’t compare to Avatar.

Jeopardy – This is one of those background shows I’d put on when doing puzzles or something. I no longer have free time. Rest in peace Alex Trebek, so sad :’(.

Unbreakable Kimmy Schmidt – I still watch an episode here and there, I’m just not super into the story. The characters are hard to like. Some parts are funny.

Episodes – They paint the female lead to be the bad guy for some reason. Like she’s concerned or doesn’t like how she’s treated, then gets called a bitch just for having feelings. Ugh. Boo.

Impractical jokers – Soo funny and dumb. I’m still in the process of watching.

Regular Show – Cartoon network classic. I watch an episode or two here and there, but there are 8 seasons so I’ll probably never get around to finishing.

What do you think? Have you seen any of these? Let us know in the comments!