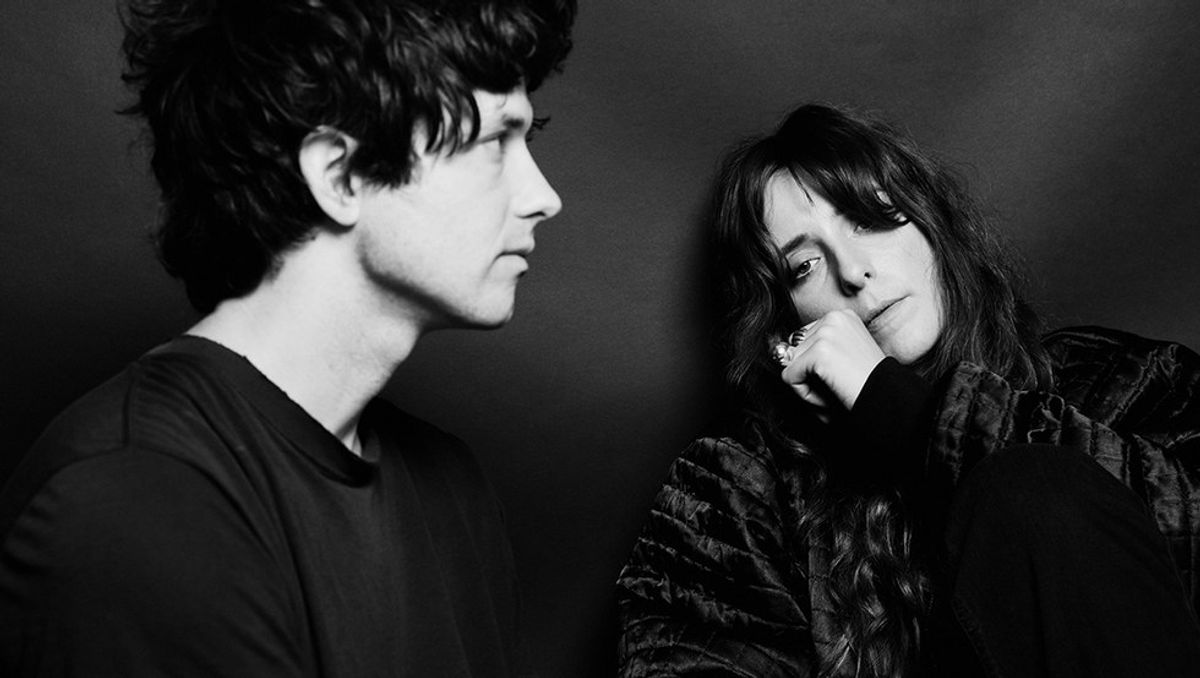 I’d Take Care of You: Beach House, Live at The Greek

Since 2004, the psychedelic, indie, and dream pop duo made up of Victoria Legrand and Alex Scally have released eight studio albums, scored four films and an art installation, and have amassed over 8 million monthly listeners on Spotify. Their greatest hits include “Silver Soul”, “PPP”, and “Space Song”. Best known as Beach House, they recently released their eighth studio album, Once Twice Melody, to critical acclaim. The eighteen-track album was released in four “chapters” over the course of four months, and the duo started the accompanying Once Twice Melody Tour in Pittsburgh on February 18th, the day the album’s final chapter was released.

A casual listener of theirs, I was initially hesitant to buy tickets to one of their two nights at the Greek Theater in Los Angeles, skipping their fan presale in November; however, by some stroke of luck, I was presented the opportunity to go for free after a co-worker of mine was left with a spare ticket. Here is how the experience went.

My friend’s tickets were in the upper right terrace, so even though we were a bit far from the stage and to the side, the Greek itself is pretty flat and made for an intimate experience nonetheless. The duo had two openers to get the crowd going – Colloboh, an experimental electronic musician, and Ami Dang, an ambient artist who frequently utilized a sitar throughout her set. She mentioned that this was her last stop with Beach House on tour, and even though the sitar nearly put me to sleep, I had never seen one before and it fascinated me. At around 9:05pm, the duo emerged from the dim lights on the stage.

For a majority of the duration of their 90-minute-long set, the duo didn’t utilize the screens on both sides of the stage to broadcast a stream of them to people seated near the back. They also kept the lighting very minimal to disguise their faces. I have a very unlucky history of seeing my favorite artists perform live and them performing my most anticipated song extremely early in the setlist. This was the case for Beach House as well, as they performed my favorite song of theirs, “Silver Soul”, as their fourth song of the night. On the bright side, I had gotten all of my crying done early and relaxed for the remainder of the show.

One thing that bit about being seated on the upper terrace was that everybody around us wanted to sit down, while the rest of the arena around us was standing to get a better view of the two (because we could barely see anything, need I remind you). My friend bravely asked the group of girls behind us if they minded, to which they responded that they didn’t. I hope everyone else in our area had a fun time being boring.

The duo closed their setlist with an encore of “On the Sea” and “Over and Over”, songs they haven’t performed in over five years. For a group that, I’d say at least, performs some super sleepy music, the way they captivated the crowd last night was incredible. I’ve added more of their music into my rotation after this weekend’s show since then, and even though I’ve always believed that you have to be in a specific mood to listen to them, who says I can’t throw down to “Space Song” on the way to my 10am? It should be a law that you must see them before you die.