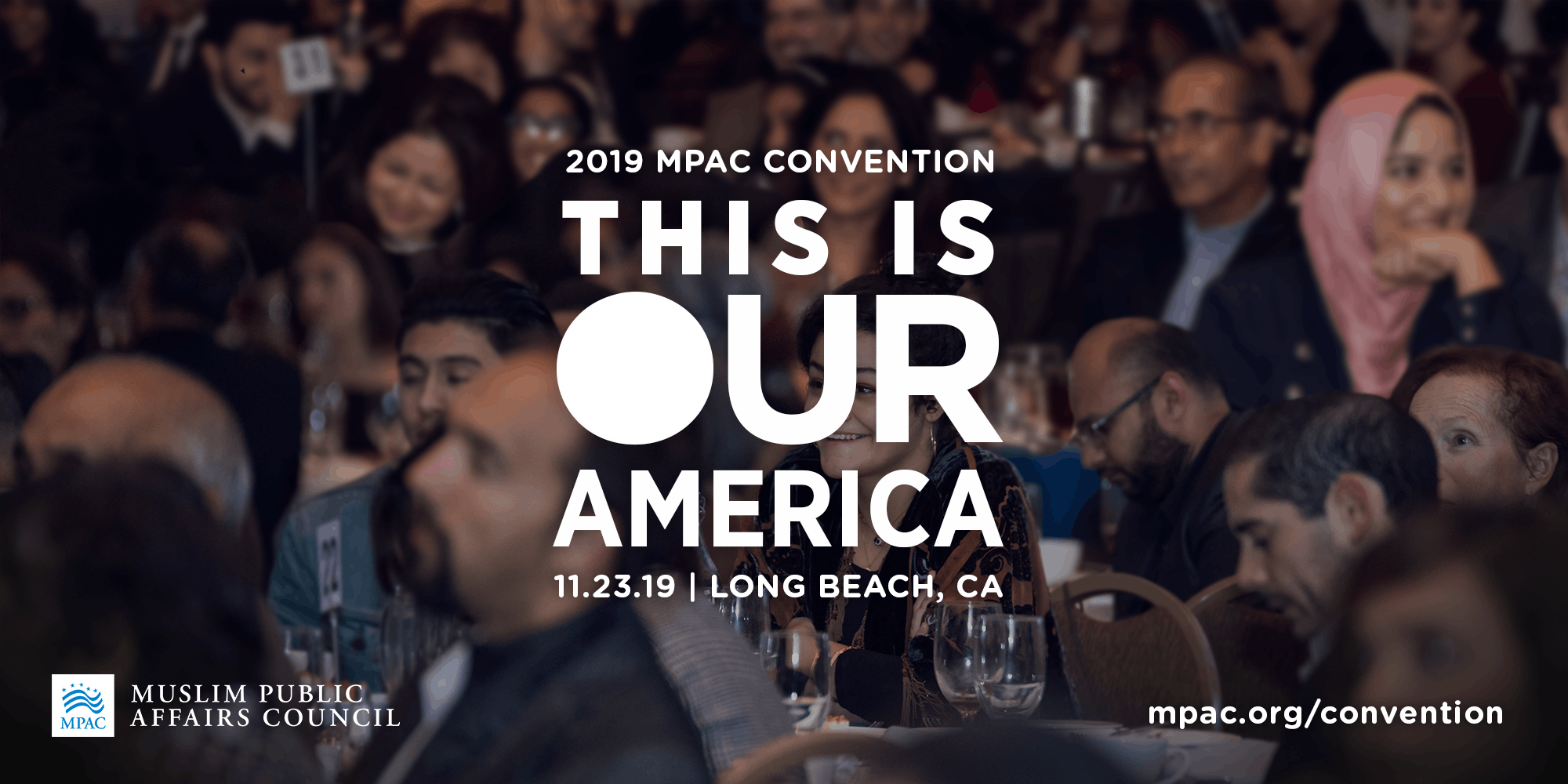 My Thoughts on The 2019 Muslim Public Affairs Council Annual Convention

MPAC Convention 2019: This Is Our America was on November 19th at the Long Beach Convention center. It was a convention put on by the Muslim Public Affairs Council, which is a Muslim public policy and advocacy organization founded in 1986 and is based out of Los Angeles and Washington, D.C. This convention was split into three parts and took up my entire day, which I happily endured. There were two panels, prayers in between, and a banquet with three keynote speakers to end the night.

The first panel was “Storytelling & American Muslim”, which shed light on representations of Muslims in media. The panel had an amazing array of people on such as Naser Alazari, who is a surgical consultant from Grey’s Anatomy and Zehra Fazal, a voiceover actor for Call Of Duty and Young Justice. The panel elaborated on conversations of integrating liberal Muslims, Queer Muslims, and dismantling racist stereotypes in media. There was also a conversation about melding Hijabis into mainstream media as whole humans rather than a symbol of oppression. The second panel was the on the I would say impacted me the most out of the two panels. It was aptly named “From Otay To Kashmir” and was about ethnonationalism, which is entrenched in the idea of racial superiority. This panel was extremely interesting and had Yusef Salaam of “The Exonerated 5”, Justin Conolly who is a Senior Director at Human Rights Watch, and Julia Sierra who is an Internal Medicine Physician and Associate Professor of Medicine at UCSD. These three speakers imposed deep conversations about the lack of humanity at the borders, how to be the change, and Yusef Salaam elaborated on his experience of being in jail at such a young age.

The banquet was the end of the night and was the best way to end the entirety of the day. I got to mingle and meet some of the most powerful and strongwilled women I have ever met. I also got to hear Pulitzer-award winning journalist Jose Antonio Vargas, Motivational speaker and Activist Yusef Salaam, and Congresswoman Rashida Talib. Vargas spoke about being a DACA recipient and coming to terms with people thinking he is an illegal immigrant. His speech was riveting because of how relevant the conversation of immigration and citizenship has been in the past couple of years. Salaam repeated a spoken word that he said in court moments before he was named guilty by the court. The spoken word was about his relationship with God, the cat and mouse game of racism, and how his being accused shaped his very being. Talib was by far my favorite speaker because of her sheer vulnerability, power, and the way she has utilized her position as a Congresswoman. She spoke about being at the border and seeing all the camps of children without parents. She heartbreakingly compares the Mexican-American Border with Gaza, Palestine. Palestine has been war-stricken for years and has many of the population in poverty-stricken situations. Her use of this comparison was to invoke emotion from the Muslim community. She reiterated that all human life in jeopardy is a point of action.

The main reason I had decided to go to this event was to see Yusef Salaam of “The Exonerated 5” speak and tell his story. Along the way, I had learned so much more than I thought I would have. Rashida Talib being at the banquet that night and spoke directly to me about how change starts in our hearts, homes, and communities. I was not only able to hear such wisdom, but I was also awarded great knowledge from other amazing speakers and inspiring people I met throughout the day. Being around so many Muslims who were yearning for social change in one space made such an impact on me. I was able to interact with people who wanted the same for the world and had decided to come to this convention to learn how to.