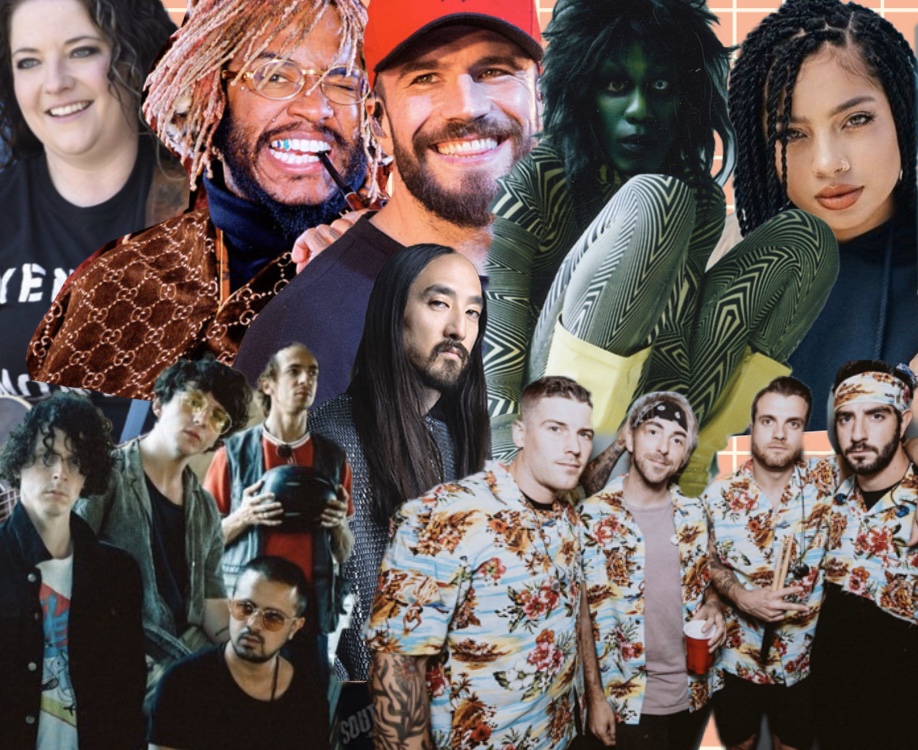 Hey, y’all! It’s New Music Friday! The series where we give you the heads up on the new music released every Friday. So, as you can tell, this isn’t our normal NMF format… we’ve moved to a blog format! Now we’re going to try to give you more information on more artists and more releases. Without further ado, let’s see what’s dropping Friday, April 3rd.

Nobody move! We’re getting new music from Thundercat. It is what it is drops today featuring artists like Steve Lacy, Childish Gambino, Lil B, Ty Dolla Sign, and more! I’m expecting 15 songs stacked with bass and maybe a little bit of comedy as we saw with his single “Dragon Ball Durag” (particularly, the line “I may be covered in cat hair, but I still smell good”).

~Country boy I love you~ Breaking his streak of only releasing singles, Sam Hunt is dropping a new album, Southside, that includes 12 songs, two of which are re-releases of songs that originally came out in 2017 (“Body like a Backroad” and “Drinkin’ Too Much”).

Another country artist, Ashley Mcbryde, finally signed to Warner Music Nashville, and is releasing her second studio album under the label titled Never Will. In a recent interview with the Tennessean, Mcbryde was asked how being quarantined will affect the release of her album. In response, she expresses how she is not worried one bit, because “music is the one thing that can not be diminished…” and she hopes to bring her stories into other people’s homes.

Get out your skinny jeans! All Time Low is coming back with a new album titled Wake Up Sunshine. They collaborated with Blackbear on a track titled “Monsters”, and The Band Camino on “Favorite Place”. The group has been preeeetty active on Twitter and TikTok, sharing quarantine workouts as well as wine-filled Twitch calls leading up to the album’s release.

Are you into experimental pop? Yves Tumor has something for you! They continue to bring us their mix of pop and psychedelic rock into songs like “Gospel for a New Century” on new album Heaven to a Tortured Mind. The vinyls are up for sale on their official website (and I have to say, they’re pretty cool).

Kiana Ledé, soul artist, built anticipation with several EPs prior to the release of her first studio album, Kiki. In this album, Ledé hopes to convey a strong, beautiful, independent woman and empower others to feel the same. If you’re a fan of artists like SZA and Jhene Aiko, you’re going to like Kiana Ledé.

In the EDM world, Steve Aoki is releasing TWENTY-SEVEN tracks on his new album, Neon Future IV. Every single song features an artist, notably Icona Pop, Zooey Deschanel, the Backstreet Boys, Travis Barker, will.i.am, Alan Walker, and more. This album has plenty of songs to choose from to fit your taste.

After being postponed, the Mystery Jets are finally set to release their new album today, A Billion Heartbeats. The band described the album as “psychedelic anger” that felt more direct to the listener than their previous works. Maybe you have some pent up anger from being in quarantine that this album can help channel??

Well, that’s all we have for this week! Make sure you check out our IGTV (@titanradio) for video updates on surprise releases and things we missed AND don’t forget to check right back here next week for more releases and other blog content. As always, stay safe, be healthy, and thanks for reading!