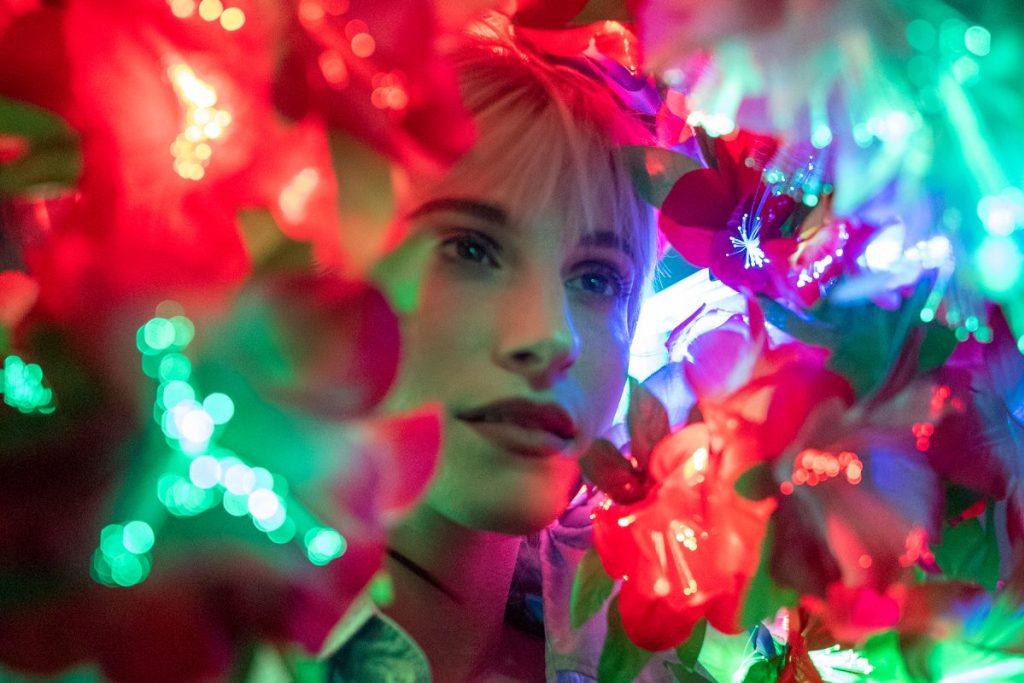 Coming a long way from starting a RIOT! in 2007, Hayley Williams reemerged from her three-year hiatus with the 2020 release of her debut solo project, Petals for Armor. Paramore fans were introduced to a vulnerable piece of art that relied heavily on jittery beats and vocals at its release. While considered a solo feat, Taylor York, a fellow Paramore bandmate, worked alongside Williams to produce the LP. Petals for Armor deconstructed Williams’ depression and divorce while allowing for catharsis and rebirth. Originally intended to be a one-shot, the unprecedented nature of living through a global pandemic gave birth to another solo LP: Flowers for Vases / descansos. Like Taylor Swift’s Evermore, Williams wrote and performed all fourteen pieces, making it truly her own compared to Petals for Armor. The album revisits her romantic shortcomings through a wistful lens, examines some of her darkest emotional baggage, and yet provides “descanso” or “rest” to some of Williams’ darkest moments.

Check out the song breakdown below to see my thoughts on every song. I’ve put them in the order that they appear on the album.

It sets the bleak tone to the album perfectly and showcases those Hayley Williams VOCALS! She plays with vowels in this song, a stylistic choice that can be found in the album’s entirety. Not my favorite song, but definitely a good start.

More like MY WIG! The vocals layered into the production feel intense and immersive, and the chorus is a total earworm. But lyrically, this song is the laziest because they beat that chorus like a DEAD HORSE! However, her use of medical terminology in the lyrics is brilliant because it reflects a connection with a lover. Bleeding out feels far favorable to being separated from this lover.

On this track, Hayley compares a failing relationship to the medical term “asystole,” the heart-stopping. The depression of this album really begins here, but this song feels so light despite its heavy theme. The guitar feels liquid-smooth, almost like it’s mimicking a faint heartbeat. The outro alone makes the song worth a listen! Get ready to ascend!

You ever compare a romantic relationship to a gun without the safety on? Well… this song uses that metaphor to tell the story of a previous toxic relationship. Get ready for some more depression!

GUITAR RIFFS! PIANO! VOCALS! DARK LYRICS! Give it a listen, this is one of my favorite tracks off the album!

“Skin and bones when you’re not near me, I’m all skeleton and melody”

Not the strongest on the album, but her lyricism portrays her darkest thoughts poetically. The lyric above is a little frightening, but it totally deserves a *CHEF’S KISS*.

Moving on is tough, and Hayley captures it perfectly in this song. I love the metaphor she makes between her emotional state and the sky. It’s a never-ending entity that oftentimes encounters clouds (hard times), which need to release rain (tears) inevitably. However, Hayley alludes to happier times in the end when she describes herself as a bird that plucks her feathers (or surrendering parts of herself) for the sake of another person she loves. It’s a little twisted, but I love the authenticity.

This song, the midway point of the album, delivers more euphoric instrumentals and finally sees Williams regaining control of her circumstances. While the second half seems more uplifting, don’t get too cozy yet.

Hayley examines her past in this song, covering her inordinary experiences at home with family and in her career as the lead singer of Paramore. She concludes that there’s a beauty to life found in the simple things. She longs for this simplicity for it’s something she has not be able to connect to in her entire life. If you want a total feel good song, this one is a definite highlight of the album.

“How you doing?” is the infamous question Hayley asks as she explores one of her mother’s relationships through her perspective. This song is arguably the best one on the album. It paints a raw image of complicated love, and the lyricism cuts deep on this one. I’ll leave you with my favorite lyric on this track!

“I know it’s hard for you to take a compliment, but my life began the day which you came in it.”

Ahh, hearing Hayley talk about love in such a mature way makes my heart melt! She’s long outgrown her 2013 “Still Into You” days and seems to sing about love from a place of trauma and maturity here. After fighting it, she has no use but to give in and risk it all for this person (Taylor York??? :o). The outro is beautiful, definitely give this one a listen!

On the same theme of love, Hayley explores the importance of autonomy in a relationship, for not all baggage can be dropped on another person. This song totally gives Taylor Swift vibes and is the definition of food for the soul. Hayley’s giving us free (well, sort of) love advice, take it!

This track captures the entire scope of the album in one instrumental. By definition, descansos are shrines or memorials put in spots where someone’s life ended. But they can also be indicative of a significant change in one’s life. In the context of this album, Hayley mourns a part of herself that she lost either in her previous relationships or during a life-altering event. Regardless of what it was, this track signals growth and acceptance.

I don’t know exactly what Queen Williams was trying to convey in this song. But it feels like less of a closer and more of a lure for a future Paramore project. Paramore is an anagram for “paramour,” which is a secret lover. Therefore, given the title, it seems that Hayley is reclaiming Paramore, redefining the future (“no more music for the masses”), and potentially teasing something in the works. Whatever lies ahead, this song only exacerbated my desire for more Paramore. Now to sit and wait… it can’t be any longer than waiting for Lorde’s third album.

Have you listened to Flowers for Vases / descansos? What do you think? Let us know in the comments.