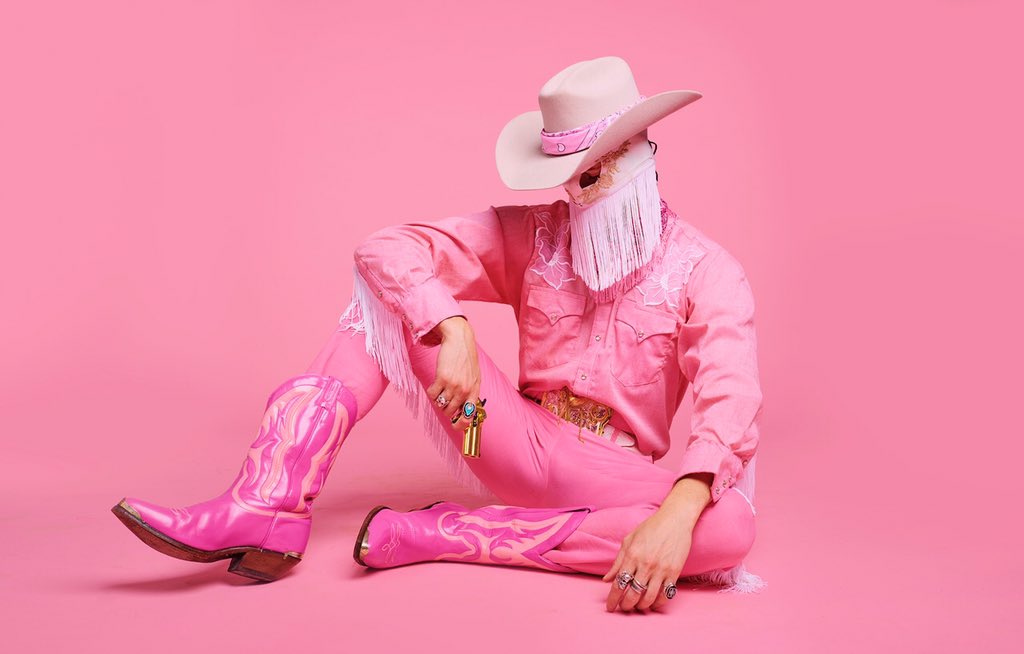 Rising star Orville Peck is taking country music by storm by creating his own untraditional path bringing new listeners to the popularly hated genre. Pop-country and bro-country have turned off many country fans and have discouraged new listeners from exploring the genre. It does so by milking classic country tropes until they’re bone dry. This caused many people to stereotype that country is solely based around trucks, beer, and denim.

I fell into the category of people that would instantly dismiss country when people would ask what kind of music I would listen to. Hate for country is very surface level, supported by a mob mentality that makes it cool to hate on country. Orville Peck turned me into the person who can say I listen to everything, including country.

The masked cowboy takes inspiration from classic superstars such as Dolly Parton, Johnny Cash, and Merle Haggard. As a child, he was a big fan of westerns like the Lone Ranger and felt a connection to cowboy culture. He related to cowboys because they were rough around the edges and out of the mainstream.

The Lone Ranger was a big inspiration for Peck’s unique style that sets him apart from most country artists. Peck sports a leather fringe mask to compliment his one-of-a-kind outfits. The fringe mask conceals his identity, so you will never see him without the mask, almost like a western superhero.

Although Peck’s identity is somewhat a secret, he doesn’t view himself as anonymous. There’s much speculation on who’s behind the mask, but Peck hasn’t confirmed his identity on the record. He views the mask as a necessity for the art he wants to create.

The masked look sometimes leads others to believe his act is a gimmick, but he doesn’t see it as a persona. He struggled with authenticity so much he quit music for some time to star in a play at the West End Theatre in London. After some much-needed time off, he went back to music as Orville Peck and released his first project, Pony.

Pony blends genres like Americana, Shoegaze, Folk, and much more. Although it’s Peck’s first project, his sound doesn’t come off as undeveloped. Peck has always been well acquainted with instruments but doesn’t consider himself a technical musician. On top of the fantastic musicianship, Peck showcases his extraordinary voice that’s reminiscent of classic country. He took classes in Europe to “unlock” his natural voice. He then discovered his natural singing voice shines at a lower register. His voice comes off as nostalgic, even if you’ve never listened to country before.

Peck uses old country storytelling to tell stories of his life while incorporating LGBTQIA+ themes. As a gay man, Peck never questioned if he had a place in country. Sometimes he has moments where he thinks if he were straight, some things would be easier, but he doesn’t let it hold him back. Peck has become a queer icon in the country community, diversifying the fanbase.

Let Orville Peck be your introduction to country music, and you won’t be disappointed. There’s more to country than trucks, beer, and denim. There’s a wide range of artists with spectacular voices that you’re missing out on, so don’t give in to the mob mentality that says country stinks! Some of it does stink, I can’t lie, but if you enjoy storytelling, this is the genre you need to start exploring.

Have you listened to this artist? What do you think of country music? Let us know in the comments!