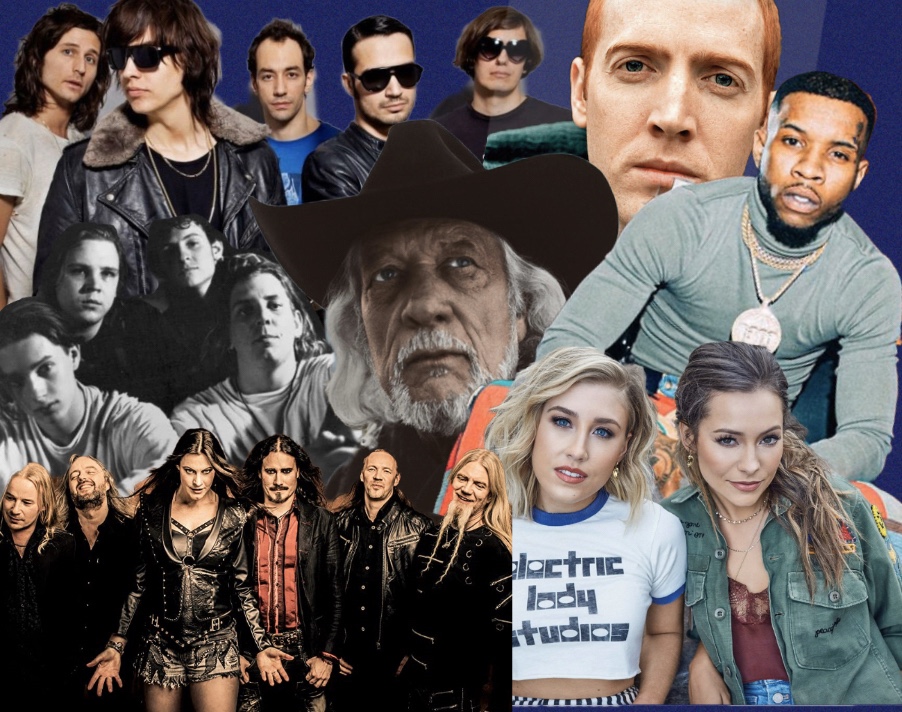 Hey, y’all! It’s New Music Friday so get ready for some new tunes!

It’s about time The Strokes came back! For the first time since 2013, The Strokes are dropping an album titled The New Abnormal. The album, produced by the infamous Rick Rubin, seems to have hit the nail on the head with the title, even though the title was chosen way before they knew we’d be locked up in our houses and the world would be closed for business.

At the end of March, Tory Lanez announced the third installment of his EP series titled The New Toronto 3. The cover art features Lanez carrying his young son. Lanez also declared that this would be his last release under Interscope Records (I wonder what happened there…).

Although Grey Daze split up in 1998, they are coming back with a new album, Amends, featuring some new songs and old remastered songs from before the split. Grey Daze was Chester Bennington’s old band before joining Linkin Park. In 2016, Bennington mentioned getting the band back together but no action was made until after his tragic death in 2017. Finally, the band decided to make amends (see what I did there?) and finish the album.

Finnish band Nightwish is releasing their 9th studio album Human :ii: Nature. Leadman Tuomas Holopainen is hoping to capture something rare and unique in this piece. The album will be released as a double album in conjunction with the 2015 album Endless Forms Most Beautiful on physical copies.

Country duo Maddie and Tae are coming back with their second full length studio album titled The Way it Feels, following up their EP released last year. After the release, the duo plan to open for Lady Antebellum on their tour (whenever they are able to get on the road).

R&B instrumentalist, Active Child, is ready to release something new. In Another Life is set to release today being Child’s third studio album. Along with the album will be a two-part narrative music video coinciding with his first single “Weightless.”

Member of the Nashville Songwriters Hall of Fame, John Anderson, is back in the scene with Years, most likely being a commentary on Anderson’s lengthy life. The album features a song with Blake Sheldon and another with some of David Bowie’s final recordings. Anderson stressed that he is doing this album like it could be his last due to age and medical issues.

Thanks for reading! Look out for our New Music Monday video on our IGTV (@titanradio) and make sure you give us a follow while you’re there!

Also, if you’re interested in these new releases, you can check out our New Music Monday Spotify playlist here.