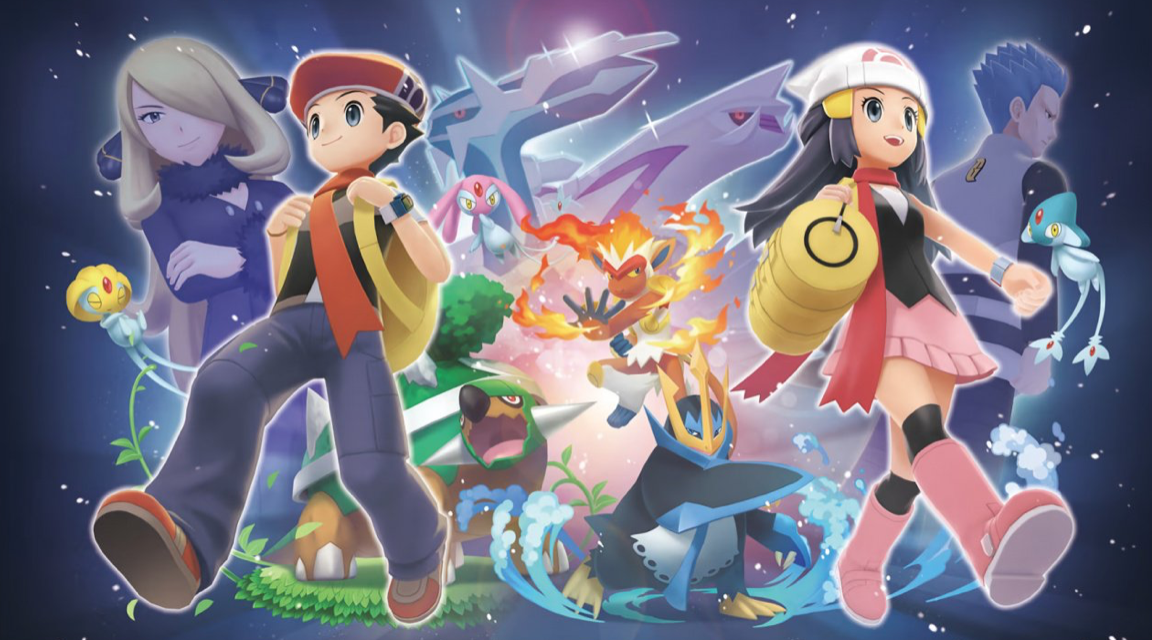 With the arrival of the Brilliant Diamond and Shining Pearl remakes and the coming Legends Arceus game, it’s only appropriate to analyze why this generation of Pokémon has left a lasting mark on the gaming community.  The original Diamond and Pearl games were released in 2006, with the sequel Platinum being released two years later in 2008 and are regarded as some of the top tier Pokémon games.  With an incredibly elaborate storyline, endless hours of gameplay, and plenty post-game material, it’s hard to see why not.

Pokémon Diamond, Pearl and Platinum had some iconic Pokémon and incredibly fun minigames.  For one, I thought the starter Pokémon Chimchar, Piplup, and Turtwig were all equally lovable and strong that it was hard to pick just one.  I feel like I had a harder time picking a starter for generation iv than any other Pokémon game before, and I’ve had at least one playthrough with each of them.  There was so much to do in this game that I always found myself forgetting to follow the actual story because I was too busy making poffins, doing contests, or mining in the grand underground.  Out of all the Pokémon games I’ve played, this generation was definitely the most difficult, too.  Even as I’m playing Brilliant Diamond on my switch now, I’m reminiscing about the days when there was no exp. share and it took hours to grind and level up your entire team.

Given how lackluster (but still enjoyable) Sword and Shield were, I was afraid that the remakes for Diamond and Pearl would be too easy or unfun, but I am happy to report that the new games exceeded my expectations.  Brilliant Diamond and Shining Pearl has made me feel so reminiscent of my childhood, and I can’t wait to keep playing.

Which Pokemon is your fav? Let us know in the comments.